After On The Move successfully launched the concept of Brain Awareness Week in the summer of 2015, to educate the public about the brain and mental illness in Ghana, we intend to develop and sustain it through the "Brain Cycles" initiative we have developed. Patients with psychiatric diagnoses are given the opportunity to be trained as bicycle mechanics and to be able to build and operate a bicycle workshop with bicycles from Germany. The workshop, which was opened in Aflao, Ghana, in late 2016, is now self-sustaining and produces a financial surplus, which can flow back into the financing of Brain Awareness activities on the ground. The revenues are also used for the medical care of the patients, for their further education and training, and for the training of additional clients.

In cooperation with the Ketu South District Hospital, four patients with psychiatric illnesses were simultaneously selected for the shipment of the bicycles. These patients participated in the training program in the summer of 2016 (administrative training and then a six-week technical apprenticeship), designed by the Kolping Werk Lomé.

Furthermore, in July 2016, we established an independent committee consisting of members of the association and local project partners on the ground. The committee is responsible for monitoring and supervising the initiative. At the same time, we rented a bicycle store in Aflao, and equipped it with furniture and tools. The costs were partly covered by the prize money of the "Starter Prize" of the "German National Academic Foundation", a prestigious German scholarship organization.

In summary, just a few months after opening the bicycle store, we can measure positive outcomes on all the dimensions portrayed in the application. Particularly noteworthy is the effect on our clients and the Ghanaian society, which we are currently able to reach with the project. Justice Kumado, psychiatric nurse and Brain Cycles project partner, summarizes it as follows:

“The Brain Cycles Project I must say is a very good project and first of its kind in our district. It serves as:

It may interest you to know that since the start of the project these patients have never relapsed or given any major complaints regarding the conditions. The Brain Cycles Project does not benefit the patients alone but community members and people outside the district with low financial status were also able to purchase the bikes as means of transport because the bikes are sold at a very low cost. More importantly quite a number of the people who bought the bikes are students. Thus, they ride it to school or use it as a means of transport to school.” 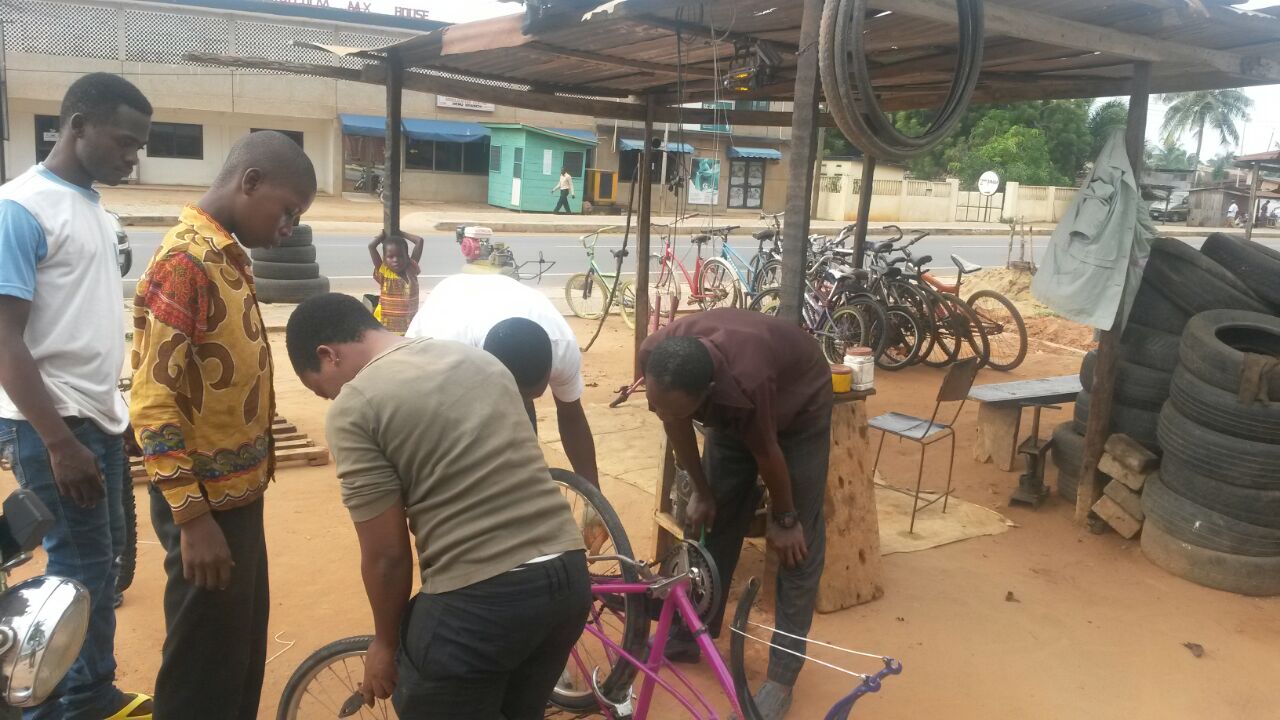 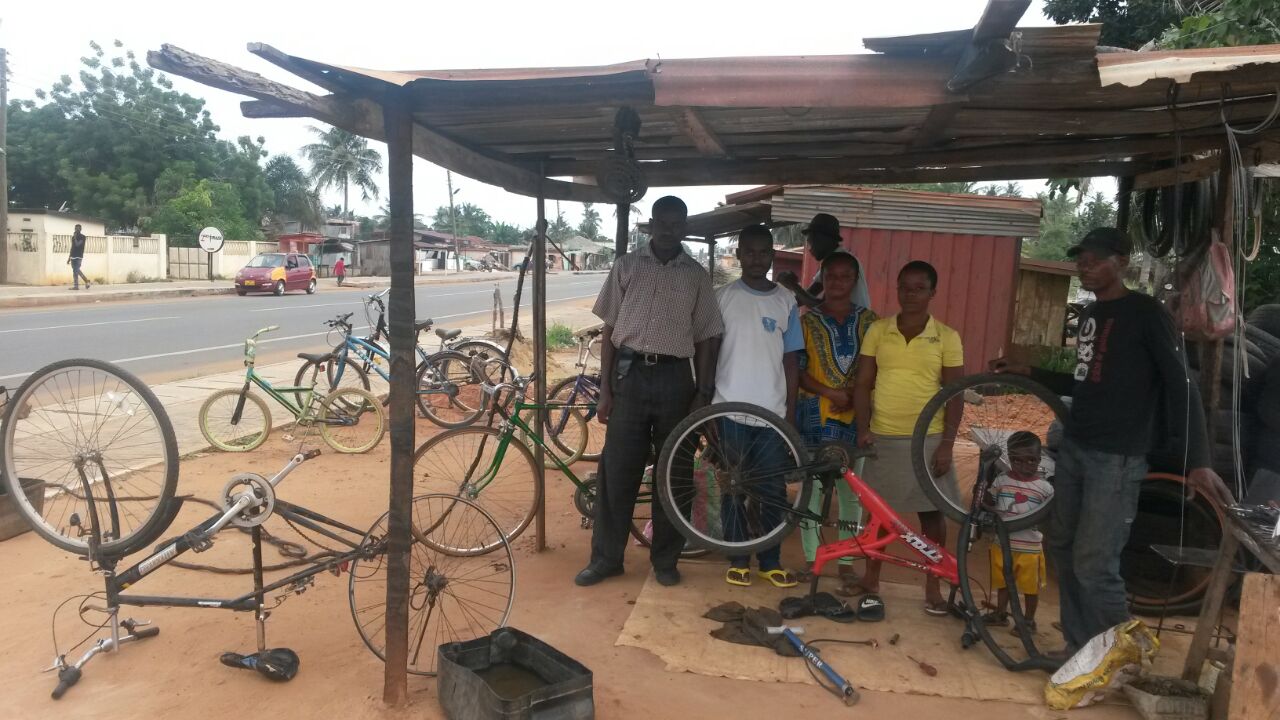 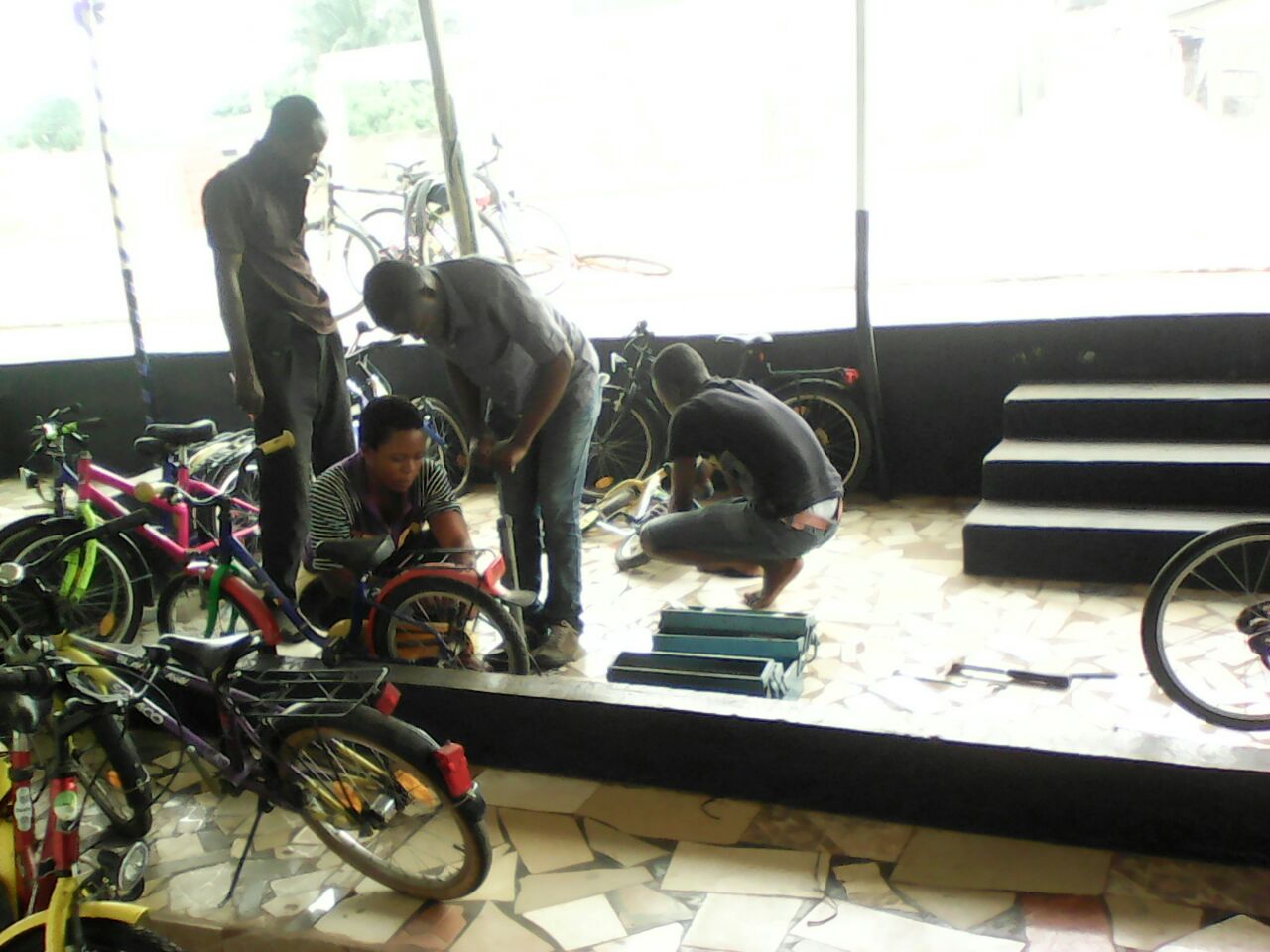 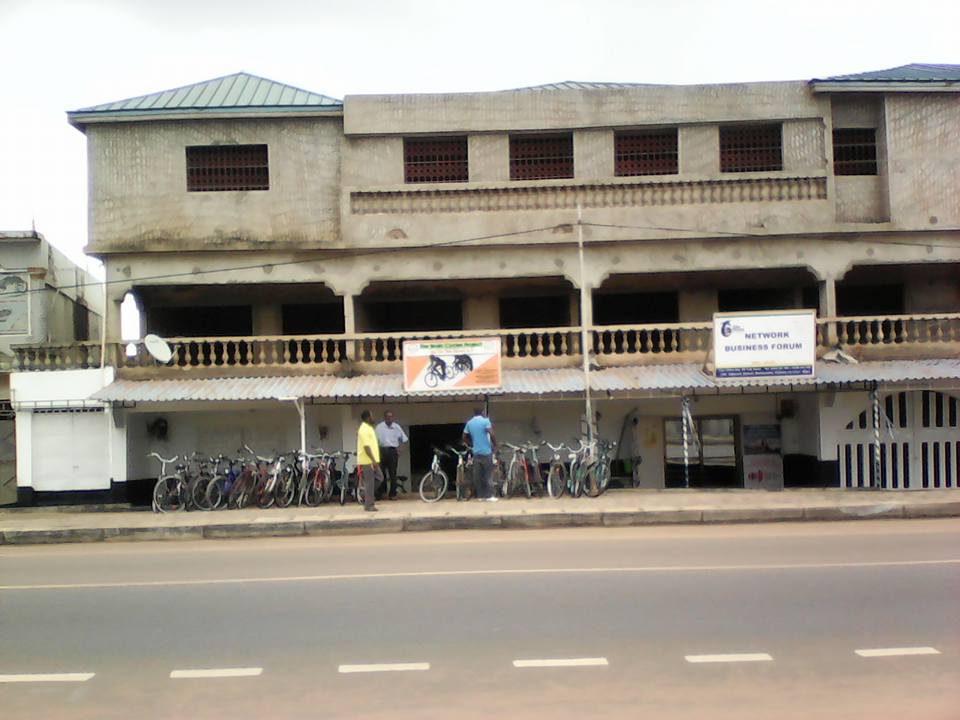